Literature has never failed to amaze us and to top it Hindi literature goes way beyond our imagination and there are many Hindi novels you must read. From the classic literature by Munshi Premchand to the heart-touching poems of Dr. Harivansh Rai Bachchan, many amazing Hindi novels touched the core of Indian culture and development. Here is a list of such amazing Hindi novels that will not fail to touch your hearts.

Hindi Novels You Must Read

Godaan is a beautifully described novel by Munshi Premchand that touches the subject of rural communities of India. The story has various characters from different communities who are struggling to meet daily ends. The rural society is depicted by the family of Hori Mahato and his desire to buy a cow. He struggles a lot to keep his desire alive as various family conflicts come into play. If you like Hindi literature, then this is one of the best Hindi novels you must read.

Raag Darbari is a drama with lots of suspense and thrill. It is written by Sri Lal Sukla who is popularly known for his writing in social and political subjects. This book is about the horrors of rulers who unjustly acquire money through bribery. The story is in the first narrative and the speaker is Rangnath. The story revolves around his uncle who is a corrupt ruler and is disliked by all his subjects. He has defeated all those who dared to stand against him but things take a turn when a group of people decides to stand against the injustice that has been taking place in the area for so long. You should read this novel as it is full of drama and fiction.

Madhushala is a beautifully written novel by Dr Harivansh Rai Bachchan. It is a series of poems that describe the complexity of life with comparisons to four Instruments which come almost in every verse: Madhu (wine), saaki (server), pyaala (cup) and madhushala (bar). It is applicable even in today’s life as we are experiencing religious discord. This book inspires brotherhood and harmony and gives hope to people who are trapped in religious disputes. A very famous and one other to the list of Hindi novels you must read.

This book written by Devaki Nandan Khatri is a romantic fantasy that tells the story of two lovers from rival kingdoms. There is a TV serial based on this novel as well. The princess Chandrakanta of Vijaygarh and the prince Virendra Singh of Naugarh go through a series of obstacles to be together and fulfil their love lives. The writing style of the book takes you in the world of “aiyars” and “tilism”. This is one of the best Hindi novels you must read if you like love stories with various challenges.

This book is written by the well known Hindi Novelist, Ramdhari Singh ‘Dinkar’. It lies in the top 10 in the list of best Hindi novels that one must-read. This book is about Kunti’s firstborn child, Karna and his life as he grows up to become a violent soldier although being raised in a very humble family. This book has various emotions including pride, courage, power, and honour. It is a beautifully written poem that explores various parts of Karna’s life.

Gaban is also one of Munshi Premchand’s best Hindi novels. It is a typical middle-class love story with big desires and dreams. It is about a charming guy named Ramanath. He is not financially sound but he loves his wife too much and gifts her precious things which he cannot afford. Things hit the rock when he is bound with debts and the story gets interesting. Let’s see if he will make it through this crisis morally or will he commit any crime to cover his debts.

This book by Phanishwar Renu lies next in line with Munshi Premchand’s Godan. It is a very well-appreciated and touching story. It is set in the 90s during the Quit India Movement as the states experience a series of trails and rituals in the villages of North-East Bihar. It was the first novel by Phanishwar Nath Renu after which he gained popularity which gave rise to a series of other such books. It is quite often found in the Hindi curriculum of schools.

This book by Rahul Sankrityayan is a historical fiction that marks the entry of Aryans into the Volga from the steppes of Eurasia. A journey from the Volga to the Ganges contains 20 different short stories that are part fiction and explains the migration of Aryans to River Volga. The author’s influence from Marxist ideas is visible in his last three stories. If you like reading about history then you must add this book to your library.

Kamayani is considered to be one of the greatest written Hindi literature by Jaishankar Prasad. It is an epic poem that perceives the effects of human emotions, thoughts, and actions with the help of relevant metaphors. It was quite popular in the eighteenth century. It takes reference from mythology to try and explain human behaviour concerning human emotions. Another gem to the list of hindi novels you must read.

Yet another book by the famous Munshi Premchand is Nirmala. It portrays women empowerment through the character of Nirmala who was forced to marry a widower of her father’s age. The story has many ups and downs when the widower suspects Nirmala of having an affair with his eldest son. A series of events eventually lead to his son’s death and a couple of others to reveal the death of his other sons with only one living. The course of Nirmala’s life is described amazingly and how she fights the men dominated the world.

Chitralekha is written by Bhagwati Charan Verma. It has also been adapted to create two movies. The story explores the subjects of love, life, sin, and virtue in the ancient Magadh Era. It is a masterpiece that cannot be told in any other language without losing entirety. It is a love story that explores the very essence of human life woven together by society’s norms. It takes us through the various dilemmas faced by us in our entire human life.

Chidambara is written by none other than the famous poet Sumitranandan Pant. It is a collection of his poems that explore life and humanity like nothing else. Pant was awarded Jnanpith in the year 1968 for this book. If you like to read poems about life then this book should be on your must-read list.

Satrangini, as the name suggests is about seven colours that are the seven different parts of this book divided into one song and forty-nine poems. It is written by Harivansh Rai Bachchan.

Dashdwaar se sopaan tak (In the Afternoon of Time) by Harivansh Rai Bachchan is a shorter creative version of these four volumes, translated into English for the very first time.

Need Ka Nirman Phir is a beautifully written poem by Harivansh Rai Bachchan. It is about his life and how he overcomes the challenges in his life. The book is full of examples that depict hope. No one should give up because, after every night, the sun comes and brings light into lives. It also has a part where his wife died but he still hoping for a better tomorrow.

Basere se door book by Harivansh Rai Bachchan is yet another book that depicts his life. It is one of the four parts of his autobiography. ‘Basere se door’ is a very powerful biography that so creatively explores the life of a person without being too long.

Apsara is written by Nirala and this is her first fiction novel. It is a story about a woman who falls in love with an artist. Just like any other love story, this woman is faced with various obstacles and societal pressure. This story touches the themes of courage, feminity, and tenderness. It is one of the best Hindi novels of all times.

See also  12 Things one will find in Dan Brown books

Mahadevi Verma is known for writing about nature which is mostly inspired by her pets and animals. Yama is one such novel by Mahadevi Verma and is considered to be one of her favourite Hindi novels. She was presented with the Sahitya Akademi award. She was famous for the name of ‘Modern Meera’.

Another love story by the famous Dharamveer Bharti is Guhahon Ka Devta. He became the most prominent writer after Kabirdas. His book is about a man names Chandar who inevitably falls in love with his professor’s daughter, Sudha. His book contains various emotions of pain, grief, loss, and happiness. It keeps the attention of the readers throughout the story. 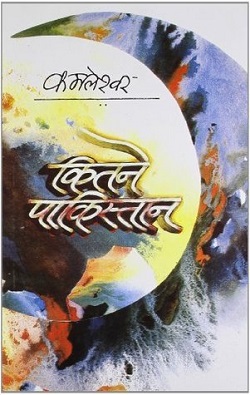 Kitne Pakistan is an amazing novel by Kamleshwar, written in 2000. The novel glides through human history from the rise of sectarianism to nationalism to Hindutva, and lastly communalism. It raises questions about the rulers who took decisions for their people without considering what is good for them and what consequences were brought upon them because of these decisions. The book experiences the aftermath of the Partition of India concerning the nature of politics that followed. 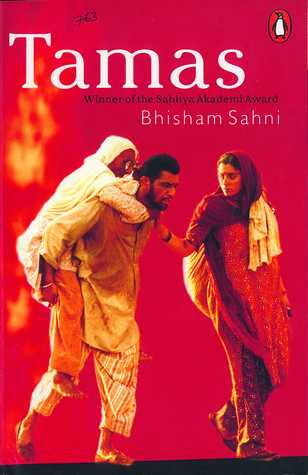 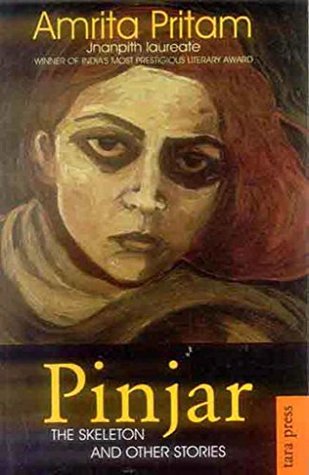 Pinjar is a 1950 Punjabi novel written by noted poet and novelist Amrita Pritam. It is the story of a Hindu girl, Puro, abducted by a Muslim man, Rashid; Puro’s parents refuse to accept the defiled girl when she manages to escape from Rashid’s home.

Kashi Ka Assi is a 2004 Hindi novel written by Kashi Nath Singh. A movie, Mohalla Assi was made from this novel. He has added real people and real conversations in this novel. The story goes through the events in 1990 and 1998 including the Ram Janmabhoomi movement and Mandal Commission implementation. 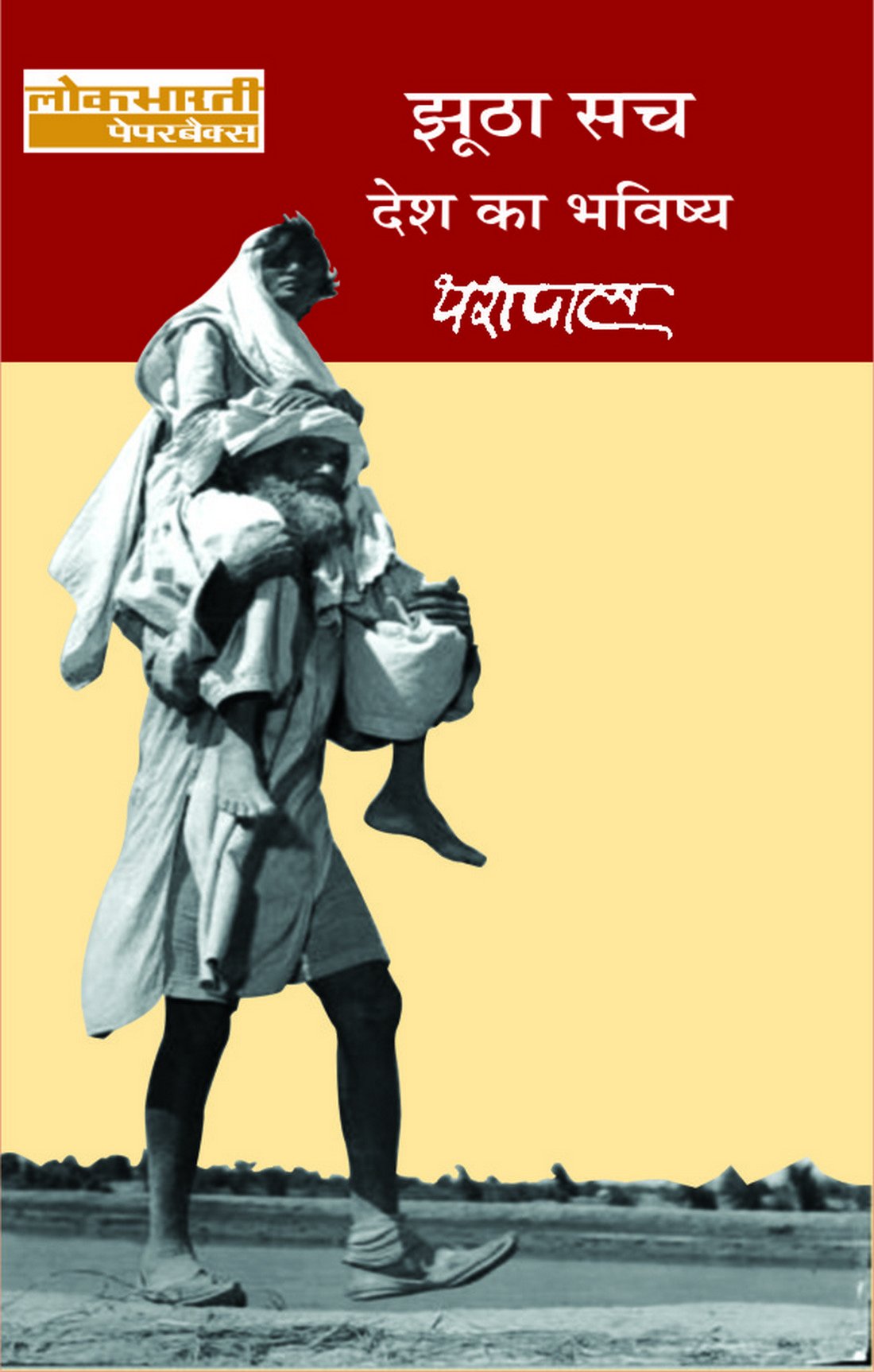 Jhutha Sach has two parts, both of which are written by the famous Yahspal. These two volumes revolve around the events of the Partition of India. The first part is named Vatan Aur Desh and was published in 1958. The second part came soon after under the name Desh Ka Bhavishya. This novel beautifully explores the conflict to simplistic terms of class warfare.

Andha Yug is a marvellous Hindi play by the renowned playwright Dharamvir Bharati. It is set on the last day of the Great Mahabharat war and was a very important play of the 20th century. It consisted of five parts written in the years that followed India’s partition in 1947. It depicts the destruction of human lives due to bad politics which led to the murder of ethics. It is a heart-touching play that says that wars lead to dehumanization which ultimately leads to the loss of both the victor and the vanquished

7 Books On Subhash Chandra Bose You Should Read

7 Best Books on Bhagat Singh That You Must Read