There are murderers and then there are serial killers. There is usually a reason for revenge or murder but when it comes to serial killers, reason gets replaced by the psychological urge to kill someone. Hardly is there any personal vendetta against the victim. India has had its fair share of serial killers, some of which are still mysterious. So here is a list of some dangerous Indian serial killers.

These few Indian serial killers will send chills down your spine.

Mohan Kumar, also known as Cyanide Mohan succeeded in killing 20 girls. He used to lure unmarried girls to have sex with him and then gave them contraceptive pills that turned out to be cyanide pills. He used to be a Physical Education teacher before he went on this murderous rampage. His name was also rumored to have been involved in bank frauds and other financial forgeries. In 2013 he was sentenced to death. 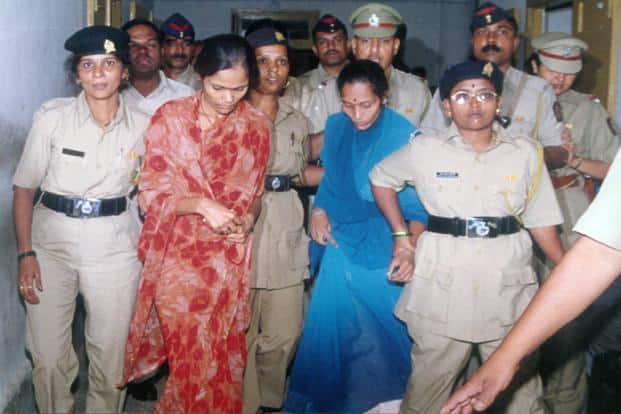 Renuka Shinde and Seema Gavit were taught robbery by none other than their mother when they were small so that even if they got caught, people would leave them knowing that they were only children. They realised that it could be easy to steal children and thus started to kidnap toddlers for money. The kids that caused them problems would be killed. They killed over six young kids between 1990 to 1996 and when interrogated by the police, they did not even remember the number of kids they killed before the 90s. They are on a death row currently and would be the first women to be hanged in India for their crime.

Jaishankar is a known rapist and killer. His list of crimes includes 30 rapes, 15 murders, and one prison break. His victims were women and he confessed that most of them were stabbed with a machete. He was re-arrested after he broke out from the jail and is now serving a 10-year sentence until the sentence for the other 20 related cases in Tamil Nadu and Karnataka from 2006 to 2009. Mallika killed six women in the span of 8 years from 1999 to 2007. She was from Banglore. Mallika used to give moral support to women who needed domestic help and then after she gained their trust, she would kill them by cyanide poisoning. She would rob their belongings thereafter. In 2007 she was arrested and given a death sentence in 2012. The death sentence was then reduced to a life sentence in the same year.
READ  Covid-19 / Coronavirus Awareness Quiz - How aware are you? Moninder Singh Pandher was a wealthy businessman from Noida and he has a domestic help named Surinder Kohli. In 2006, they were arrested for the discovery of skulls of missing children of Nithari village found in their vicinity. The case saw many twists and turns over what was the truth. Accusations of rape, cannibalism, pedophilia, and even organ trafficking were there. Surinder Kohli has been found guilty of 5 homicides and is on a death row. Pandher is still under investigation as there are 11 unsolved murders in which his name is involved.

Raman Raghav was also known as Psycho Raman as he terrorized Mumbai slum dwellers in the 1960s. He used to beat his victims to death. He was diagnosed with schizophrenia at the time of his arrest. When interrogated, he confessed to having killed 23 people but his statement was questionable due to the mental state that he was in. In 1995 he died of kidney failure. 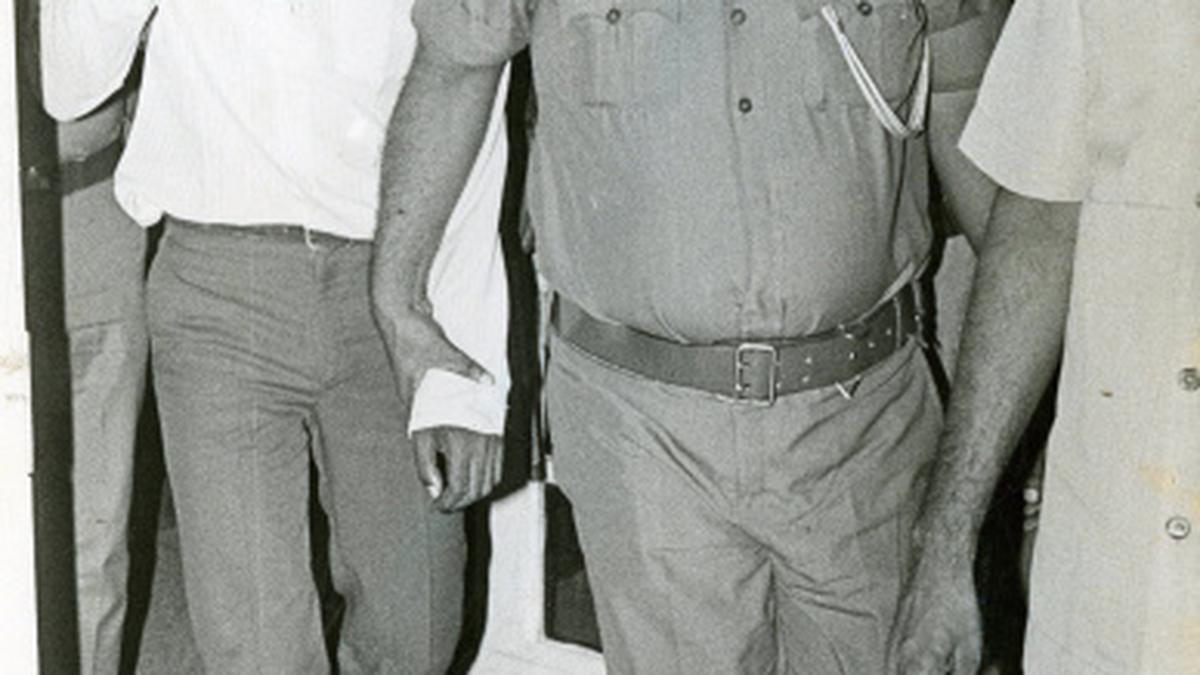 Gowri Shankar established his name as a transporter of illegal coconut liquor and a flesh trader. But that doesn’t make him a serial killer. So what did he do to get listed on the top of India’s serial killers? In 1988, Auto Shankar abducted and killed 9 teenage girls in six months in Thiruvanmiyur, Chennai. When interrogated, he initially blamed it all on the influence of cinema. But gradually, he committed that the murders were done on the behalf of a politician who raped the abducted teenagers. He was arrested and put in Chennai Central Prison from where he managed to escape somehow. Later, he was caught in Rourkela, Odisha and hanged to death in Salem Prison in 1995. 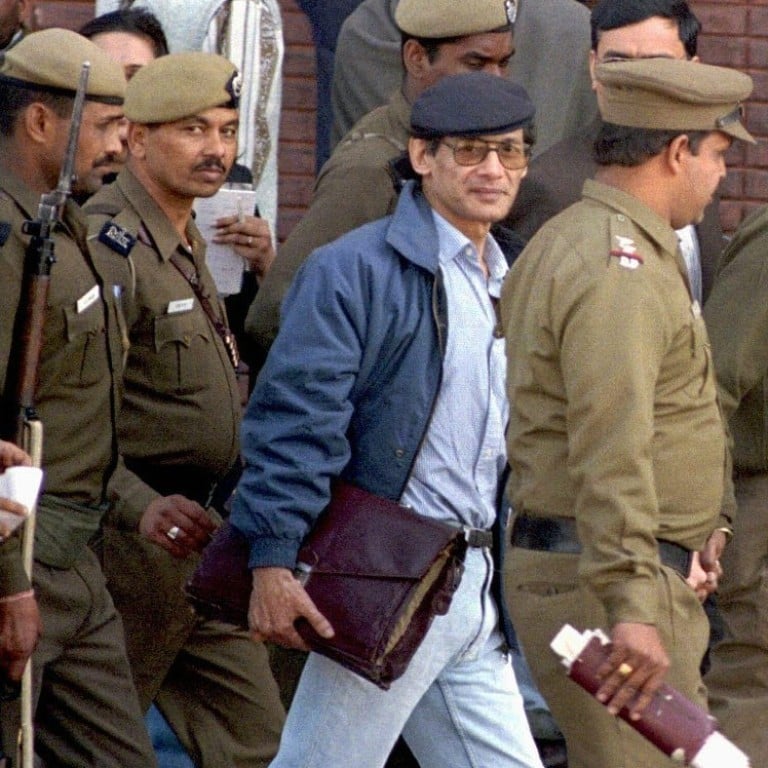 Charles Sobhraj, despite the infamy, is one of the most famous murderers around. He murdered 12 people between 1975 and 1976 in areas of South East Asia. Unlike other serial killers, Charles had a motive to kill people. He wanted to live a lavish lifestyle because of which he robbed tourists. He gained their trust and then defrauded them. Two of his victims were found in floral bikinis which gave him the name of  ‘Bikini Killer’. He was arrested in India and given one-year imprisonment after which he retired to Paris. A movie is also made on one of the most infamous Indian Serial Killers.
READ  25 Years of FRIENDS, Here is an interesting Poll.

15 Unsolved and Perplexing Mysteries of India

These four friends from Abhinav Kala Mahavidyalaya killed around 10 people from 1976 to 1977. The murders are now known as the Joshi-Abhyankar serial murders. All four of them were eventually arrested and hanged to death in 1983. The cult film, Paanch, by Anuraag Kashyap, was loosely based on these characters. This Ayurvedic doctor Devendra Sharma had a dark side to hi. He wanted to make quick cash by boosting cars and he didn’t mind the bloodshed that came along with it. In two years from 2002-2004, he stole cars and killed their drivers in areas of UP, Gurgaon, and Rajasthan. In his confession, he committed that he killed 30-40 men, all drivers. He was sentenced to death in 2008. 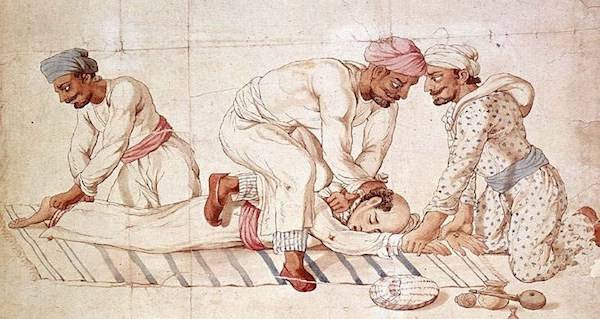 Thug Behram is known for having killed the most number of people in India. It is cited that he has killed over 931 people between the years of 1790 to 1840, but he confessed that he killed only 125 people while claiming that he was only “present at the scene” of the other murders. There used to be a notorious Thuggee cult that traveled across India and he was their leader. They used to strangle strangers with their handkerchief before robbing them. He was hanged to death in 1840. One of the most dangerous Indian Serial Killers.

This case is like the Indian version of Jack the Ripper. It is one of the most infamous unsolved murder mystery in India. Nine people were killed in Bombay in 1989 in a similar manner – their heads were smashed with heavy blunt objects; leading to the name –  The Stoneman. It is said that the murders that happened later were just a copy of Stoneman murders but there is no way to prove it. Akku Yadav was not particularly a serial killer. He was more of a local goon who raped and killed women in his area. The 32-year old Yadav was lynched by a mob right outside Nagpur District Court. One woman cut off his penis and justice was served right there. When the police tried to stop people from getting involved in the mob, the women were ready to be arrested but not leave.

This case is the weirdest one on the list. Between October 2006 and January 2007, 6 people were killed in Mumbai and there was a beer can found beside every victim’s body. Since all the murders happened in a similar pattern with a beer can beside them, they found out that it was a serial killer. Ravindra Kantrole was convicted of the seventh murder in 2008 and after that, he was accused of two other Beer Man murders. In 2009, due to lack of any shred of evidence, he was acquitted of all crimes. The beer man mystery remains unsolved. One of the spared cases of Indian serial killers. 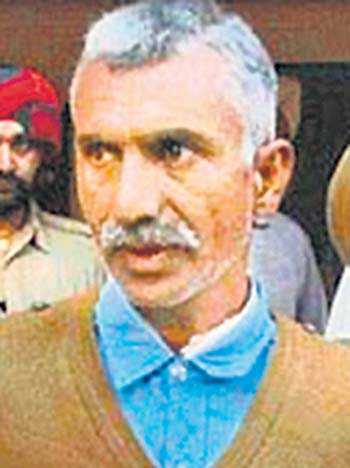 Darbara Singh earned the nickname of ‘baby killer’ after killing 15 girls and 2 boys between April and September 2004. He used to slice open the throat of his victims brutally. He had been announced a death sentence which was reduced to life imprisonment. So far, he has been found guilty of five murders and the word on other cases is still awaited.
He has been found guilty in 5 cases so far while awaiting charges in the others.

Amardeep Sada is India’s youngest serial killer. He was first arrested at the age of 8 in Begusarai for the murder of three children – his six-month-old cousin, his eight-month-old sister, and six-month-old Khushboo, a neighbor’s daughter. It has been said that his family knew about the first two murders but did not inform the police to protect their child but when the third murder took place, the cops were informed. When asked in the police station about why he killed the children, he just smiled.