Moodswag
Home Facts 16 Most Evil People In History | Most Notorious Men in...

Here are some evil people in history who were particularly nefarious:

Most Evil People In History

One of the most lingering images of evil people in history and oppression through history has to be of German dictator Adolf Hitler – a man who commanded the killing of millions, and truly exemplified what it means to be evil. The chancellor of Germany from 1933 to 1945 and Führer of the anti semetic Party, Adolf Hitler was possibly the most knowledgeable, productive, and cruel dictator of them all. He was mainly accountable for the holocaust and the Second World War. He thought that Jews were the source of all problems and set out to eradicate them. His actions ended in the death of over 50 million people. According to an exhaustive report that studied Hitler’s personality, he once walked in on his parents having sex,
kindling an unhealthy obsession with his mother and hatred for his father. The 229-page report conducted by Harvard Professor Dr. Henry Murray was approved by the US Office of Strategic Services, a precursor to the CIA. Hitler committed suicide in his bunker on 30th April 1945.

If we are talking about evil people in history. one cannot ignore Stalin. Iosif Vissarionovich Stalin was the dictator of the Soviet Union from 1922 till his demise in 1953. As a young man, he was a thief and an assassin. For almost 30 years, he ruled with terror and violence in the Soviet Union. His judgments led to a famine that starved millions. Ignore enemies, he even killed families of people who were affectionate with him.

Following his rule, more than 1.5 million German women were raped and in all, he easily killed over 20 million people. It is said that Joseph Stalin liked sketching naked body. Stalin illustrated portraits of naked men because of his obsession with the male body. Ironically, he was nominated for a Nobel Peace Prize in 1945 & 1948. He died of a stroke in 1953.

Vlad the Impaler was also known as Vlad Dracula and is probably one of the most ruthless evil people in history. The character of Dracula was loosely based on Vlad, due to his cruel personality and evil acts done to the people of Wallachia, where he ruled as prince three times between 1448 to 1462 and killed about 20% of the population. There’s a reason why Vlad got the monicker “The Impaler” — he impaled lots of people.

He impaled the victim through the buttocks till the stake came out of the mouth. His idea of “special” impalement was to insert the spike up the victim’s private parts, make sure it misses most of the vital organs, and let it come out through the shoulder. The victim will be then put up on the spike in the town square for everyone to see. And death would take a long time to come.

As Prime Minister of Cambodia, Pol Pot was responsible for the deaths of 25% of the population. He is the only man in history to order official genocide against his entire country.

He targeted many specific groups of people, mainly the disabled, the elderly, and pregnant women as he thought they could contribute nothing of any significance to his regime.

He was the leader of the SS and the brain behind the Final Solution to the Jewish question, which is the extermination of all Jews in Europe. Himmler had commanded the killing of about 6 million Jews, 2 to 5 lac Russians, and many other groups that the Nazees thought were unworthy of living. It is considered that he had furniture made from the bones and skins of Jewish victims. He committed suicide and is buried at an undisclosed location.

Saddam Hussein was the dictator of Iraq from 1979 to 2003. Throughout his reign, he approved countless attacks on people. His decisions paved way for the death of not less than 2 million people. He commanded chemical attacks, eye-gouging, thrashings, and severe traumas on people.

He also taped several tortures and deaths to watch them later. He used to proudly state that Politics is what you claim that you’re going to do while intending to do something else. Saddam was pronounced guilty of crimes against humanity and hanged in 2006.

Idi Amin, who was the Chief of Army Staff, had seized control of Uganda while President Obote was traveling to Singapore to attend a meeting. He pledged to bring prosperity to Uganda. However, a week later, he announced himself President of Uganda. As dictator, he came to be known as the ‘Butcher of Uganda’.

He killed people by feeding them to crocodiles, declared he was a cannibal, dismembered one of his wives, and rearranged her limbs. He killed and tortured around half a million people between 1971 to 1979 as ruler. He used to claim proudly if people knew the meaning of everything that is happening to them, then there would be no meaning left. He died of natural causes.

Ivan was the first Tsar of Russia. As a kid, he used to throw animals from the top of tall structures. Though he was smart, he had periods of rage due to mental illness. While one, he even killed his own heir to the throne.

See also  Kamala Harris: The Woman Who Made History

He enjoyed impaling, guillotining, flaming, frying, choking, blinding, and disemboweling people. Even in friends, he observed his enemies. In the Novgorod Massacre, more than 60,000 people were tortured to death. Ivan died while playing chess with his friend.

Leopold The IInd of Belgium reigned over the Congo Free state which was about 76 times the size of Belgium. He made the entire world think that he was working to help Congo. However under his regime, from 1885 to 1908, the country was subjected to a reign of fear. Over 500,000 died of diseases and many died of hunger as well. He killed over 10 million Congolese, which was 50% of the population of Congo. All this, simply to gain money and more power.

Kim Jong-Sung was the dictator of North Korea from 1948-1972. He began the Korean War, which ended in the death of 3 million Koreans. People of Korea were made and influenced to idolize him. His son Kim Jong-il extended his legacy after Sung’s death and Kim Jong-un is carrying on the same after Sung’s death as he is dictator now.

Millions have died of hunger, starvation, and killing and some techniques of torture have been barbaric. North Korea has languished for almost 70 years and still grieving from the wrath and policies of their dictators for the 3rd generation in a row.

Nero wreaked havoc in the Roman Empire. He torched entire cities, killed thousands of people & every member of his family. People were stabbed, flamed, steamed, crucified, and impaled. It is considered that he began the great fire that burned Rome but accused it of Christians, who were then mercilessly tortured. Nero committed assisted suicide when he understood the rebellion will be lost.

Genghis Khan was the founder and the Great Khan of the Mongol empire. He was feared all over the empire for his ruthless and barbaric methods of killing people. He strangled his 13-year-old brother just because he had stolen a fish from him.

He destroyed countless cities to the ground and killed over 7 lakh people. His army killed around 15 million people in the Iranian plateau. A total of about 20 to 60 million people died during his reign. How he died still remains is yet a mystery. 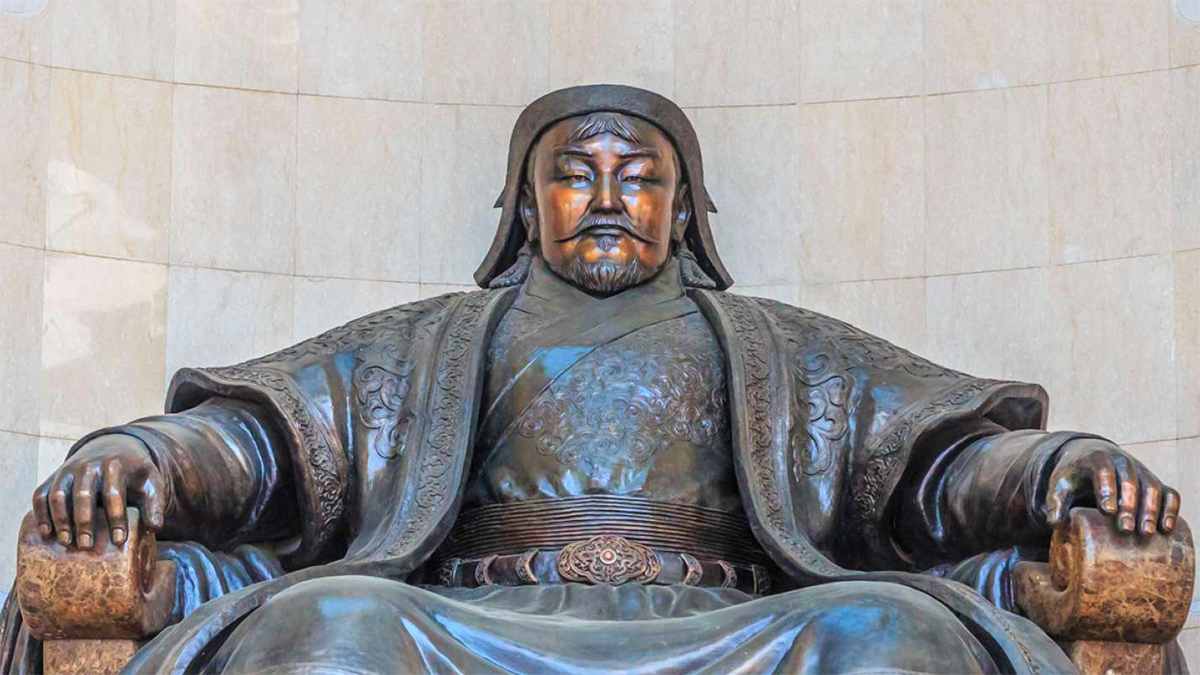 Mao Zedong was the dictator of China who reigned from 1943-1976. He had a desire of making China a superpower but in the process, he devised the largest genocide in history. Although he has been recognized for modernizing China and presenting it as a world power, his movements killed around 40 to 70 million people through forced labor, killings, and famine. Mao died of a certain illness.

Maximilien Robespierre was the architect of the French Revolution. Being a youth leader, he promoted a better life for the people of France. However, shortly, his obsession with guillotining (beheading using a machine with a huge knife blade at the end) started.

His reign of terror has been a prominent part of history, he executed over 40,000 people within 10 months and thought that killing was always better than forgiving. He commanded an attack on Vendée, killing over 100,000 men. Ironically, Robespierre was also guillotined without trial.

Josef Mengele is also known as the Angel of Death was a German Schutzstaffel (SS) officer and physician during World War II. He is essentially remembered for his actions at the Auschwitz concentration camp, where he conducted lethal experiments on prisoners and was a member of the team of doctors who chose victims to be killed in the gas chambers and was one of the doctors who administered the gas. With Red Army troops sweeping through Poland, Mengele was transported 280 kilometers from Auschwitz to the Gross-Rosen concentration camp on 17 January 1945, just 10 days before the arrival of the Soviet forces at Auschwitz. Post the war, Mengele escaped to South America.

He traveled to Argentina in July 1949, helped by a network of former SS members. He originally lived in and around Buenos Aires, then escaped to Paraguay in 1959 and Brazil in 1960, all the while being investigated by West Germany, Israel, and SS hunters such as Simon Wiesenthal, who desired to bring him to trial. He drowned in 1979 after suffering a stroke while swimming off the coast of Bertioga and was buried under the false name of Wolfgang Gerhard. His remains were disinterred and positively identified by forensic examination in 1985.

Henry Kissinger is an American politician, diplomat, and geopolitical consultant who served as United States Secretary of State and National Security Advisor under the presidential administrations of Richard Nixon and Gerald Ford. A Jewish refugee who escaped WW2 Germany with his family in 1938, he became National Security Advisor in 1969 and U.S. Secretary of State in 1973. Although Kissinger received the 1973 Nobel Peace Prize for his actions negotiating a ceasefire in Vietnam.

He is known to manipulate colleagues and nations. He faked the beginning of a nuclear war in order to advance some perverse personal game theory. He callously executed international crimes. But he was a man of ideas at the center of an American strategy that eventually benefited the world in some grand sense. Henry Kissinger was a success but he can only be called an enthusiast if he can be called despicable too.

These evil people in history definitely give you spine-chilling goosebumps. Another thing that will give you the same feeling is a gory film. You can check out the list of gory films by clicking here.

15 Most Common Sexual Fetishes That People Have

The Best Flowers To Get During Christmas