Moodswag
Home Politics The Timeline of Taliban: 40 Years of Bloodshed

Taliban took over Afghanistan recently and it shook the world. There has been chaos in Afghanistan with Afghanis constantly trying to flee the country. Many countries including India are giving refuge to the Afghanis who could successfully leave. I am sure that you would have seen the video where the Afghans even tried hanging to an aircraft to flee.

Let us have a look at the Taliban’s timeline. It all started 40 years ago.

December 1979: Following an outbreak after a 1978 Afghan coup, the Soviet military attacked Afghanistan to prop up a pro-Soviet government.

1986: The CIA provided Stinger antiaircraft missiles to the mujahideen, enabling them to shoot down Soviet helicopter gunships. 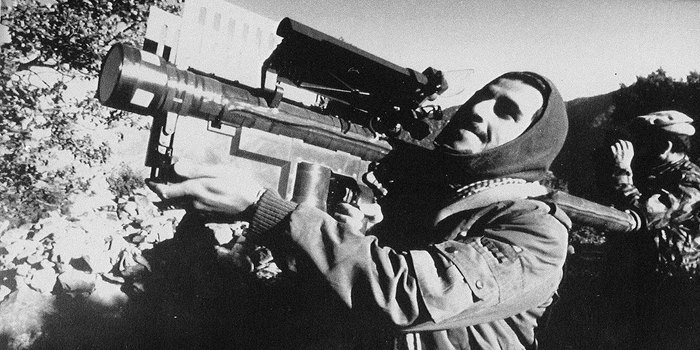 1987: Mohammad Najibullah, groomed by the Soviets, replaced Karmal as president.

1988: The Geneva peace accords were signed by Afghanistan, the Soviet Union, the U.S., and Pakistan, and Soviet forces started their withdrawal.

1992: Following the withdrawal of Soviet forces and the fall of the Soviet Union in 1991, Najibullah’s pro-communist government broke. He was barred from fleeing Afghanistan and sought refuge at the Kabul United Nations compound, where he lived for more than four years. 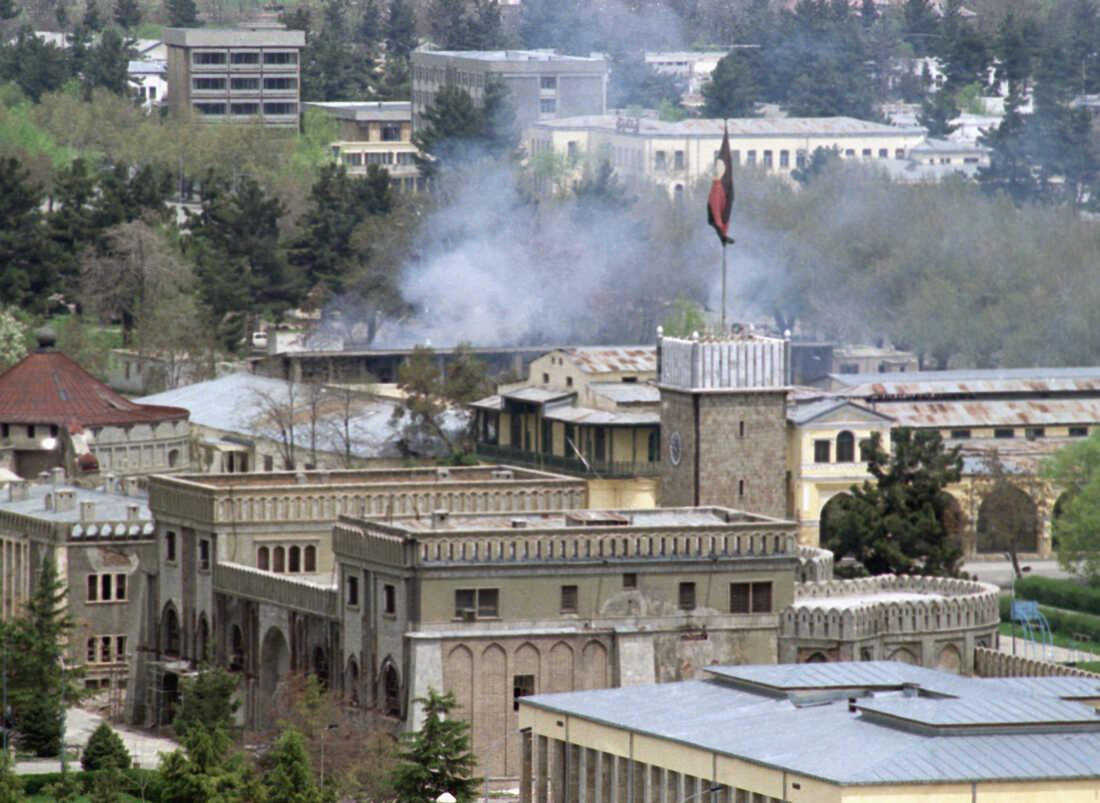 1994: The Taliban, ultraconservative Afghan student-warriors rose from mujahideen groups and religious schools in Pakistan and Afghanistan, took over the southern Afghan city of Kandahar, vowed to restore order and deliver greater security. They immediately forced their harsh version of Islam on the territory they dominated.

May 1996: Saudi-born al-Qaida leader Osama bin Laden came to Afghanistan after being ejected from Sudan and ultimately ingratiated himself with the one-eyed Taliban supreme leader, Mullah Mohammad Omar. Bin Laden had earlier served Afghan mujahideen forces during the Soviet war years as one of many so-called “Afghan Arabs” who entered the anti-Soviet fight.

26 September 1996: The Taliban took over Kabul. They caught Najibullah, the former president, from the U.N. compound, killed him, and hung his body from a lamppost.

1997-1998: After gaining control over a major part of the country, the Taliban imposed their rule, forbidding most women from working, forbidding girls from education, and carrying out punishments including beatings, amputations, and public executions. Only three countries formally recognized the Taliban regime: Pakistan, Saudi Arabia, and the United Arab Emirates.

1999: The U.N. Security Council forced terrorist sanctions on the Taliban and al-Qaida. In December, an Indian Airlines passenger jet, connected from Kathmandu to New Delhi, was hijacked to Kandahar. The Taliban worked as mediators between the hijackers and Indian authorities, who chose to release three terrorists from Indian prisons and deliver them over to the hijackers in exchange for the passengers’ safety.

Auguts 2001: The Taliban placed a group of Western aid workers on trial, blaming them for preaching Christianity, a capital offense. Two American women were among the accused.

See also  Kamala Harris: The Woman Who Made History

7 October 2001: The U.S. began airstrikes against Afghanistan in retaliation. Some 1,300 US troops landed in Afghanistan in November and by December, the Taliban was eliminated from power, and its fighters went away into Pakistan.

2006: The Taliban captured territory in southern Afghanistan. NATO’s ISAF seized command from the U.S. in the south, something the NATO secretary-general called “one of the most challenging tasks NATO has ever taken on.”

2009: U.S. President Barack Obama declared a troop “surge” and the number of American soldiers in Afghanistan grew to over 100,000.

2011: Osama Bin Laden was assassinated in a U.S. special operations raid in Abbottabad, Pakistan in May 2011 and in June 2011 Obama declared a retreat plan from Afghanistan.

2012: NATO declared it would withdraw foreign combat troops and give control of security operations to Afghan forces by the end of 2014.

2013: At least three key figures of the Pakistani Taliban, including the then-leader Hakimullah Mehsud, were killed in U.S. drone strikes. 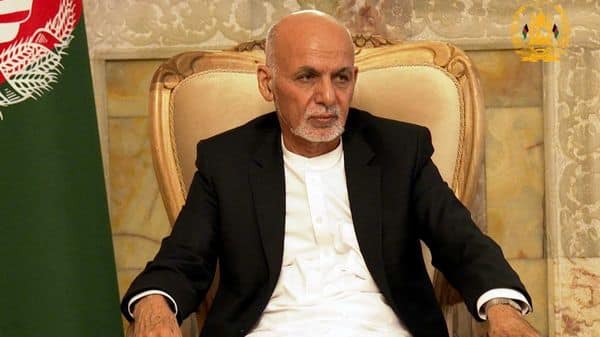 2016: The Afghan government granted immunity to former mujahideen leader Gulbuddin Hekmatyar, identified in the civil war years as the “butcher of Kabul.”

2018: In September 2018, Trump delegated veteran Afghan-American diplomat Zalmay Khalilzad to negotiate with the Taliban. The Taliban slowly recovered and later spread their influence in Afghanistan over the years.

2019: On September 9, 2019, after an unusually intense escalation in Taliban attacks, including a Kabul bombing that killed a U.S. soldier, Trump abandoned talks.

2020: The U.S. and the Taliban acknowledged a peace deal in Doha, Qatar, on February 29, 2020. Senior members of the Afghan government and countries surrounding Afghanistan were worried that the United States could abandon Kabul much like it was perceived to have left the region after the Soviet Union exited Afghanistan decades ago. The American focus was on taking their troops and diplomats out of Afghanistan safely. In the deal, the U.S. accepted to withdraw its troops by May 1, 2021, in return for support from the Taliban that they would not allow transnational terrorist groups to work from Afghan soil. The agreement also arrived amid a fragile political situation in Afghanistan. The Ashraf Ghani administration was dissolved and the last two presidential elections of 2014 and 2019 were opposed.

2021: Before the American withdrawal began, the Ghani administration seemed like a loose confederation of different fiefdoms. What stuck them all together was the American troops. Once it was clear that the Americans were leaving, the cracks in the administration started widening. On April 14, U.S.President Joe Biden announced the U.S. troops’ withdrawal from Afghanistan starting on May 1 and ending on September 11, bringing America’s longest war to a close.

Biden removed not just American air support but also the intelligence agents and contractors who were working Afghanistan’s warplanes and helicopters. The Taliban began their offensive on May 1. The Taliban plan was to get the rural districts first and later set siege to the cities, enabling them to fall.

The rest is history.

As the Taliban has now taken over Afghanistan, all we can do is pray for the future of Afghanistan.

Kamala Harris: The Woman Who Made History

Aena Rizv - September 22, 2021 0
Scuba diving is a life-changing and exciting experience as the sea contains the power to leave you awestruck with all its magic. This time,...

Body Language Hacks to Boost Confidence and Be More Likable