Back in school, I used to wonder that the only torture methods that exist are the ones which our parents use to make us prepare for engineering entrances. The sole purpose of writing an article on the worst torture methods is for you to know what to do with your boss or your cheating ex. These are to be strictly tried inside your head, in your thoughts and dreams only!

These torture methods were generally used by the authorities for execution purposes. So, please do not try these at home or anywhere else!

The person would place the waist harness (attached to the ropes) around the victim and then gradually lower him/her onto the pyramid-shaped seat with the pointy top inserted into their anus or vagina. With the downwards pressure caused by the victim’s body, the muscles around the hole would eventually tear thereby impaling the victim. It was also called the Nightwatch because when pressure is administered to certain parts of the body, the person cannot fall asleep.

While the exact accuracy of this method of torture and execution is shrouded in mystery, the blood eagle has been introduced in Norse literature. As the torturer/executioner, you’d rip open the back of the victim and show his/her lungs by bending the ribs outwards to make them look like wings.

In medieval China, particularly during the reign of the Han dynasty, seldom the authorities would have to torture someone for investigation without actually leaving any scars. This used to be a regular occurrence if the victim belonged to the royal or any other influential family. A variety of this in the Roman camps included dipping the victim’s feet in salt solution and then have a goat lick the bottom of the feet. This would begin as normal tickling but then the pain that ensued would be severe.

Schwedentrunk or Swedish Drink was the name given by German victims of the torture during the Thirty Years War (1618-1648). The Swedish soldiers and mercenaries didn’t get any pay for fighting for their lords. Rather, they were told, they could steal and rob the regions they marched through, therefore making life pretty shitty for non-combatants. The ‘Swedish drink’ method required forcing the victim to drink dangerous amounts of foul manure/urine/excreta, therefore causing the stomach to bloat up to painful levels. If the victims didn’t answer the interrogators’ questions, they’d stomp on their tummies and run horses over them.

Perillos of Athens created this method for Phalaris of Sicily as a new means of killing criminals. The Brazen Bull was a bronze hollow bull that could fit a person in it. Once the victim was bolted inside, they’d burn a fire under the bull, gradually roasting the victim inside. Something that was even crueler was that the contraption was fitted with pipes in such a way that the cries of the dying person would match the bellowing of an angry bull, much to the astonishment of the onlookers.

White torture is nothing but a brutal silent treatment. The victim is put in long periods of solitary confinement in a white room without any windows. His garments are white. He’s delivered white food on a white plate and the guards outside use soft footwear to muffle their sounds. The purpose is to make extensive sensory deprivation and isolation to the victim.

Mutilation has always been a favorite zone for torturers and in the 16th century Bavaria, these methods have been used on women who were involved in adultery or self-abortion. Breast rippers were normally made of iron and they heated before you’d utilize them to cut out the victim’s breasts.

The pear of anguish or choke pear, as it was also called, was a pear-shaped metal device whose ends would, for lack of a more suitable word, open after they were inserted in a victim’s mouth, anus, or vagina, generating immense pain. Seldom, they’d even fit spikes at the end of these machines.

Tying Intestines Around A Tree

The scientific term for this is disembowelment, which has been a rather common practice everywhere in history. Although there have been few cases where the victims’ intestines were stretched out, tied/nailed to a tree, and then they were forced to run around the tree which ended in eventual death.

This eerie but powerful technique was used by both the Chinese and the Spanish with small differences. However the crux of the method was that the victim was held, and then small but consistent droplets would be allowed to fall on a delicate part of his/her head, normally the forehead. It is stated that this would possibly make the victim mad as he/she would perceive a hollow being formed in the spot the droplets would fall. 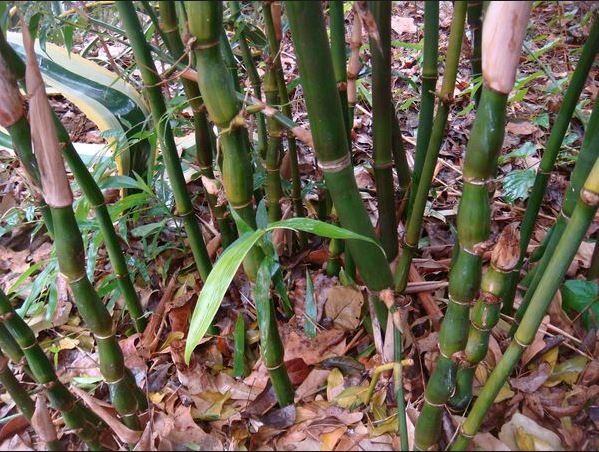 In the bamboo torture method, a bound victim would be made to sit on a bamboo sapling. Bamboo grows really fast. In this case, the sapling would tear the anus and continue its journey inside the victim’s body.

The Greeks called this as a Persian method of torture and execution. The victim was undressed naked and then tightly bound within a face-to-face pair of narrow rowing boats (or hollowed-out tree trunks), with the head and limbs pointing. The convicted was made to drink milk and honey to the point of developing severe diarrhea, and more honey would be rubbed on his body to attract insects to the exposed appendages, eyes and genitals. He would then be left to float on a stagnant pond or be exposed to the sun. The vulnerable individual’s excrements accumulated within the container, bringing more insects, which would eat and grow within his exposed flesh, which grew more gangrenous. The feeding would be repeated each day in some cases to prolong the torture, so that dehydration or starvation did not kill him. Death, when it ultimately happened, was apparently due to a blend of dehydration, starvation and septic shock. Death by scaphism was especially painful, humiliating and protracted.

If you had the stomach to read through all the torture methods, and are up for more gory stuff, you can check out some gory movies by clicking here.

10 Best Diljit Dosanjh Movies That Every Fan Must Watch

Top 10 Best 90s Cartoons To Bring Back the Nostalgic

Top 18 Best Diving Spots In Miami You Must Try

Sugyani Mohapatra - June 30, 2022 0
Miami, formally known as the City of Miami, is a coastal American city situated in Miami-Dade County in southeast Florida. And even with all...

10 Most Unusual Places to Stay in India You Should Explore

Top 10 Best Lakes In San Diego You Must Visit

28 Thought Provoking and Deep Quotes from You