Films have become a part of our daily lives with the introduction of sites such as Netflix, Prime, YouTube, etc. Films play an important role in shaping people’s thoughts into ideas and it has the power to influence the strongest of minds. Through the 100 years of Bollywood, there has been a varied range of movies but the one topic that has been doing the rounds since ages are patriotism.

Here are 30 Patriotic Hindi movies which will provoke this pure feeling for our country, and make us cheer India! India! 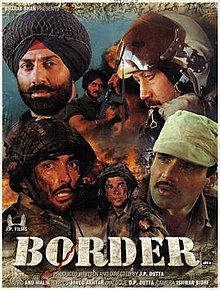 This movie is based on a real-life incident of the Battle of Longewala that occurred in 1971. It is directed by JP Dutta and starred by Sunny Deol, Sunil Shetty, Tabu, Pooja Bhatt, Akshaye Khanna, Khulbhushan Kharbanda, Jackie Shroff, Puneet Isssar among others. A battalion of 120 soldiers stands strong against the Pakistani soldiers an entire night until the Indian Air force comes to their assistance the next morning. 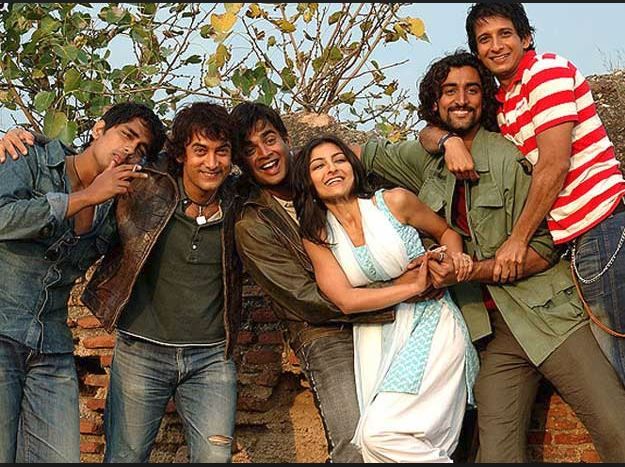 The movie starts with a bunch of friends who do not give even a little importance to the country they live in. However, when a British filmmaker comes to their town to create a documentary on the Indian Independence movement, things changed. She owned a diary of her grandfather who witnessed this movement. Things take a turn when the gang’s dear friend dies due to the dirty politics of the Indian politicians.

The movie starts with a RAW man being given third-degree torture, after which the movie goes into a flashback of 9 months. The story revolves around a banker who is hired to play the role of a spy for an undercover operation in Pakistan. There he is faced with various physical and emotional challenges as he befriends his enemy to gain his trust. His integrity and loyalty are again put to test when he refuses to betray him. 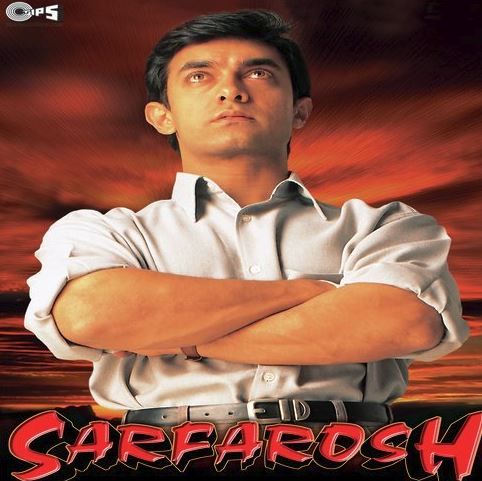 This film is set on a police officer who is determined to put cross-border-terrorism to an end. After his brother was killed and his father suffered by the terrorists, he decided to quit his medical career and join the police force instead to wipe out the terrorists. The film was a major success.

Among of the patriotic Hindi movies that are not only inspiring but also very interesting.

This movie is set in the British era in which a bunch of villagers challenge their rulers in a cricket match to withdraw an unreasonable tax imposed on them. The days with British rulers were hard as it is for the farmers and the increase in taxes would make them miserable.
Amir Khan takes up the challenge and forces the British Ruler to withdraw his law of taxes. With no guns and armor, this is one of the finest films. It was also nominated for the Oscars.

Recommended – 22 Bollywood Movies for the Traveller in you This Raja Krishna Menon directed the movie, stars Akshay Kumar and Nimrat Kaur. The film is based on real-life incidents of Kuwait when was invaded by Sadam Hussein in 1990.
Akshay Kumar plays the role of a wealthy businessman who had no interest in his country until his nationality was the only thing that was saving him from Sadam. He takes it upon him to evacuate all the Indians from Kuwait back to their land of India. 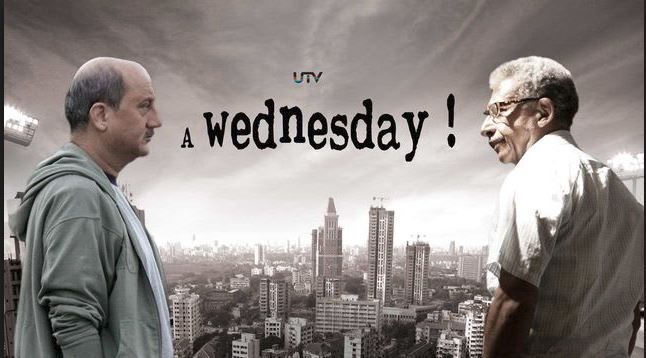 This film is directed by Neeraj Pandey and stars Anupam Kher and Naseeruddin Shah. Naseeruddin plays the role of a common man who plays an important role in killing 4 major militants. Anupam Kher is the police commissioner who claims that there was no record of this incident except for those who played a role in it. 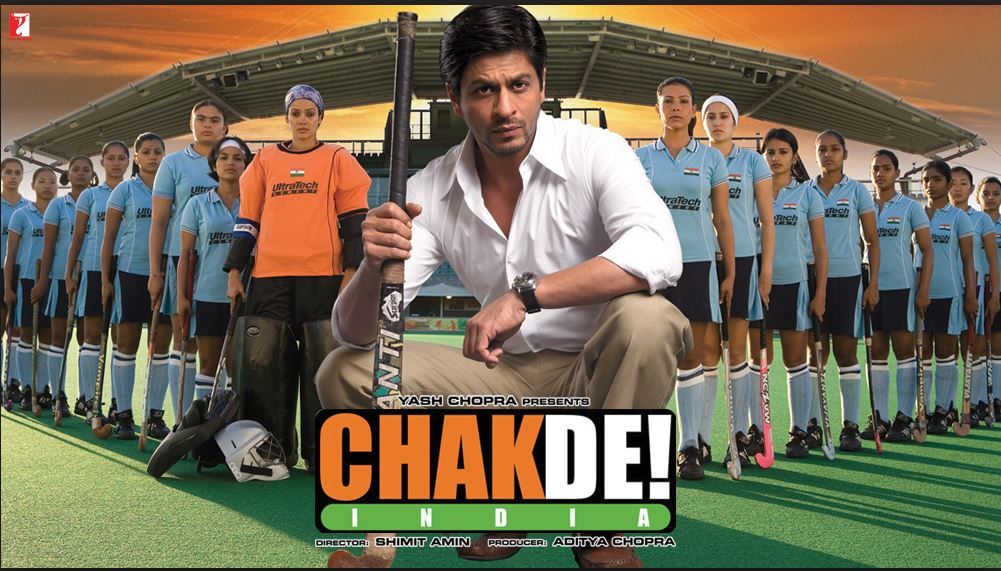 Shah Rukh Khan is shown as a Muslim hockey player who is known to have betrayed the Indian team by playing for the Pakistani team. Later, he becomes the coach of the Women’s Hockey team of India in an attempt to clear his name out of the controversy and present his nation with a gold medal. The film deals with the Hindu-Muslim angle beautifully as it conveys that gender and religion can never come in the way of patriotism for your country. If you are a sports fan then you will like this movie and this is certainly a must-watch patriotic Hindi movies. 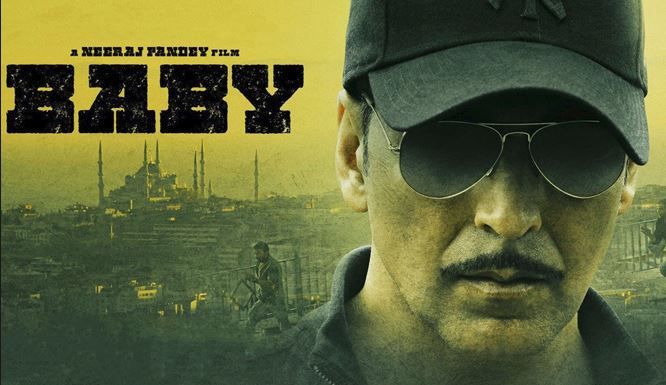 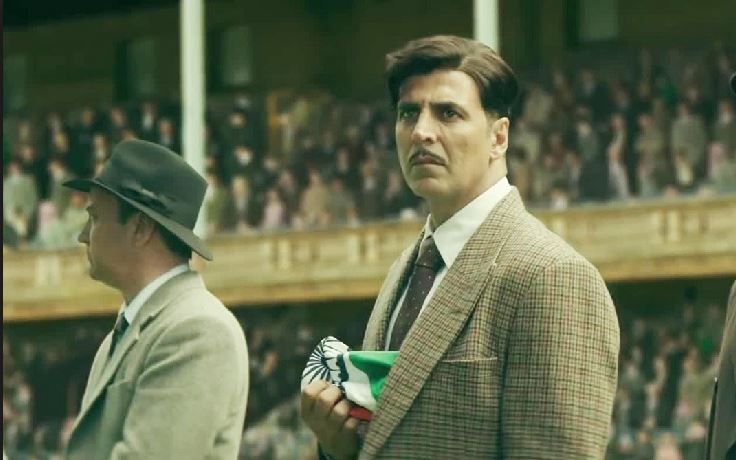 The film glides through a 12-year journey before an Independent India won its first gold medal. Akshay Kumar plays the role of a manager of an Indian hockey team as he dreams to see the Indian flag-raising into the sky. He was fed up with playing under the British team and strived to create his Indian team.
READ  Ryan Reynolds is coming as 'Detective Pikachu" and we couldn’t be more excited.

11.The Legend of Bhagat Singh This movie is a biographic representation of the bold and courageous Bhagat Singh. The movie retells the amazing story of the young freedom fighters, Bhagat Singh, Sukhdev and Rajguru, who willingly tied the noose around their necks, as a sign of respect for their country. This film filled us with pride and made us introspect. This movie stars Amir Khan as Mangal Pandey in the First War of Independence. Mangal Pandey no longer wished to serve under the British Army and formed his mutiny who broke out against the Britishers in revolt. The film is an amazing melody of patriotic songs. This film by Bedabrata Pain tried to tell the story of one of the bravest freedom fighters. The story is based on the Chittagong mutiny, where a young teacher Surya Sen inspired a bunch of his young students to fight for the country’s freedom.

This film stars Shah Rukh Khan. He returns from his work from NASA back to his Indian roots for a short vacation. SRK is reunited with his motherland as he grows fond of all the elements of “Swades”. Shahrukh tries to reform the village he is living in.

This Vicky Kaushal starring film revolves around the real-life incident of the surgical strike. The surgical strike was actioned against the terror attacks by Pakistan. The film went on to become a blockbuster and the catchphrase “How’s the Josh?” “High, Sir!” could be heard all around. The performances of the actors including the likes of Paresh Rawal and Yami Gautam were much appreciated.

One of the most perfectly made movies on the Indian army, tells the story of a jawan who even as he adjusts to life as a civilian cannot abandon his discipline and morality of life as he does it. He decides to take a stand against the corrupt system of his nation.

This film explores the traditional and ethnic roots of India. It portrays a typical mother in the days who struggles to raise her sons amidst a poverty-stricken village. The film is covered with hardships faced by her due to the money lenders of the time. The film metaphorically represents India as a nation in the aftermath of Independence.

This film, as the name suggests, is about the freedom fighter, Gandhi Ji. It records all the life-changing events in the life of Gandhi from the point he was thrown off a train in South Africa for entering a white-only coach and concluded with his assassination in 1948. The film was nominated for Academy Awards in 11 categories.

This movie is set during the Partition of Indian in 1947. It narrates the story of a Sikh driver who falls in love with a Muslim girl. They struggle to keep their relationship alive amidst the Hindi-Muslim rivalries.

20. Deewaar: Let’s Bring Our Heroes Back

This movie is about two brothers who choose different paths for themselves. One becomes renowned police while the other turns his face towards crime. Both of them come face to face when the criminal brother is sent to execute his brother. It stars Amitabh Bachchan, Sanjay Dutt, Akshaye Khanna, and Kay Kay Menon.

This movie is dedicated to those unsung heroes who dedicated their lives to serve for their country. In this movie, a Kashmiri woman is married off to a Pakistani army officer. She works as an in-house spy for the Indian Army. She sacrificed her entire life to serve her country and provided valuable information from the inside.

Captain Ashwat Raina’s efforts to turn India into a nuclear state are at first met with criticism and then years later, with an offer from the government. IAS officer Ashwat is appointed to lead an operation to test and develop nuclear weapons. The presence of spies from the US and Pakistan puts them into both mental as well as physical challenges.

Manikarnika, popularly known as “Jhansi Ki Rani”, is known for her valour. She married the King of Jhansi and claimed his thrown when he died. She did not bow down to the East India Company when they tried to take over her kingdom. Her rebellion soon turned into a revolution against the British rule. She is remembered for her bravery.

“Mission Mangal” is a newly released film that is loosely based on the life of scientists at ISRO who contributed to the Mars Orbiter Mission. It was released on 15th August, India’s Independence Day.

This movie is based on a real-life incident in 1971 when an Indian Naval submarine, S21, intercepts a Pakistani submarine, PNS Ghazi, during routine surveillance and thwarts its mission of destroying INS Vikrant. Pakistan failed in its mission to destroy the Indian submarine while India not only defended itself but also succeeded in destroying PNS Ghazi.

Phantom is an action thriller directed by Kabir Khan. The story is about two people who go on a secret mission to strike out the 26/11 suspects. The duo consisted of Daniyal, a disgraced Indian soldier, and Nawaz, who works for an American security agency.

This movie is set in 1948. Two soldiers from either side of India and Pakistan have survived the cross-fire on the Indo-Pak border. One soldier is from Pakistan but has his origins in India while the Indian soldier finds his roots in Pakistan. Both of them engage in an unusual connection with an unforeseeable end. It is a funny take on the India-Pak relationship which makes it a good Patriotic Hindi Movies.

Tango Charlie is a 2005 Indian Hindi war film written and directed by Mani Shankar. War breaks out between India and Pakistan and riots ravage North India. Tarun and his battalion are asked to go to Kargil, where he faces a challenge that will decide his fate.

Kunal unwillingly joins the army to maintain his family’s tradition and soon finds himself fighting ruthless terrorists who want to destroy the peace and harmony between India and Pakistan.

One of the most iconic Patriotic Hindi Movies. LOC Kargil is a 2003 Indian historical war drama film based on the Kargil War fought between India and Pakistan. The soldiers of the Indian Army try to locate their patrol officers after they learn that Pakistani troops are crossing the Line of Control. A fierce battle then ensues between the two nations.

25 Gore Movies That Will Give You Nightmares

15+ Best movie sequels of all time